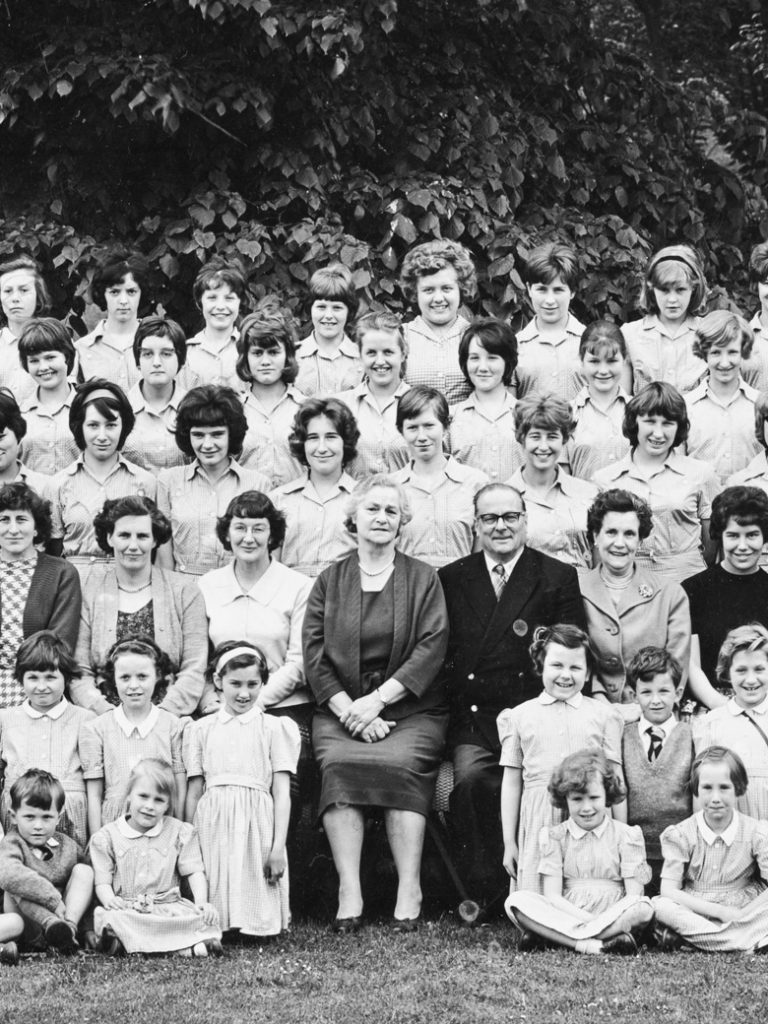 Hemdean House School > About > Our History

Hemdean House was founded in 1859 by Mr Francis Knighton who had been for many years the proprietor of Caversham House Academy for boys. His care for his pupils was well known and in stark contrast with most boys’ public schools at the time. Francis entrusted the running of the new school to two of his daughters, Rosa and Matilda.

The school was so successful that larger premises were needed and a plot of agricultural land just north of the Academy was bought for £320. The new school building, named Hemdean House, was ready by 1862 and the girl boarders and the Misses Knighton moved in during April. Over the years more Caversham day girls were admitted and the numbers of boarders decreased.

Matilda was still the principal in 1921 and had recently introduced school uniform. She retired in 1926 and died just a year later being buried in Hemdean Road cemetery. Before her retirement she had made the wise decision to appoint a young teacher and ex-pupil of the school, Miss Alice Olivey, to become co-Principal. One of her first actions was to increase the fees from three guineas per term to four and a half guineas!

The curriculum was academic and rigorous and the work of the upper school pupils was tested annually by a visiting examiner.

Within two years of Miss Olivey’s leadership the number of pupils had increased from thirty eight to over a hundred.

School numbers rose during the second world war due to the admission of evacuees mostly from private schools in London. An air raid shelter was dug where the old gym now stands and air raid practices were part of the school routine.

Miss Olivey was not only Principal and teacher but cooked breakfast for the borders and helped the younger pupils to wash and dress, lit the fires and took all the registers before taking assembly! At lunchtime she would serve her homemade puddings, as the cook would only prepare the main course, and at the end of the school day she presided over the tea table before sweeping out the classrooms and then settling down to mark some books.

In post war years many small independent schools closed, but Hemdean House thrived and celebrated its centenary in 1959 with a service at St Peter’s Church. In 1972, when Miss Olivey was 75, she announced her retirement. “Could Hemdean House go on without her?”, was the question everyone was asking, but also many were saying, “This is a good caring school and it must go on”.

Though there were no longer boarders the school continued as a charity under the Headship of Mrs Ralph, from 1973, and with the newly formed School Council as trustees. School numbers increased over the next few years from ninety to one hundered and fifty plus as the school’s reputation grew. Mrs Pethybridge became Headmistress in 1994 having taught History at the school for twenty years. Her role in working with Mrs Elliott and the School Council to secure the financial viability of the school was vital.

Today under the guidance of our Head Teacher Mrs Chalmers, the caring nature of the school along with excellent academic results still continues to attract families from Caversham and further afield.

Inspection Reports
Read More
Play Video
We use cookies on our website to give you the most relevant experience by remembering your preferences and repeat visits. By clicking “Accept All”, you consent to the use of ALL the cookies. However, you may visit "Cookie Settings" to provide a controlled consent.
Cookie SettingsReject AllAccept All
Manage consent

This website uses cookies to improve your experience while you navigate through the website. Out of these, the cookies that are categorized as necessary are stored on your browser as they are essential for the working of basic functionalities of the website. We also use third-party cookies that help us analyze and understand how you use this website. These cookies will be stored in your browser only with your consent. You also have the option to opt-out of these cookies. But opting out of some of these cookies may affect your browsing experience.
Necessary Always Enabled

Performance cookies are used to understand and analyze the key performance indexes of the website which helps in delivering a better user experience for the visitors.

Analytical cookies are used to understand how visitors interact with the website. These cookies help provide information on metrics the number of visitors, bounce rate, traffic source, etc.

Advertisement cookies are used to provide visitors with relevant ads and marketing campaigns. These cookies track visitors across websites and collect information to provide customized ads.

Other uncategorized cookies are those that are being analyzed and have not been classified into a category as yet.