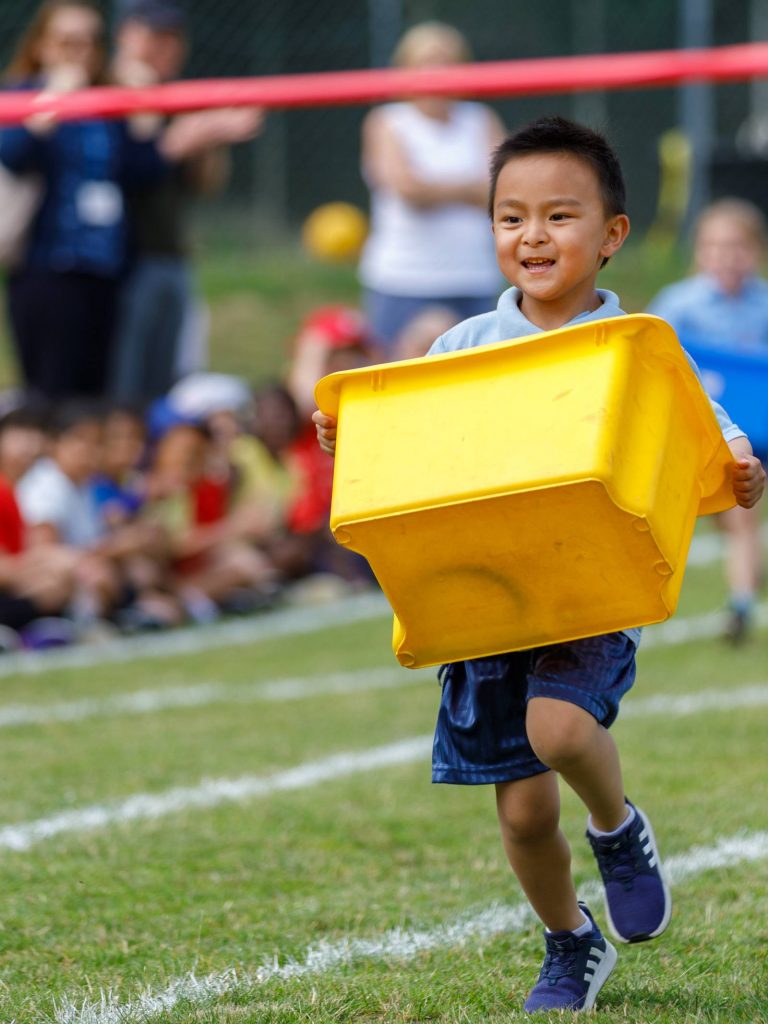 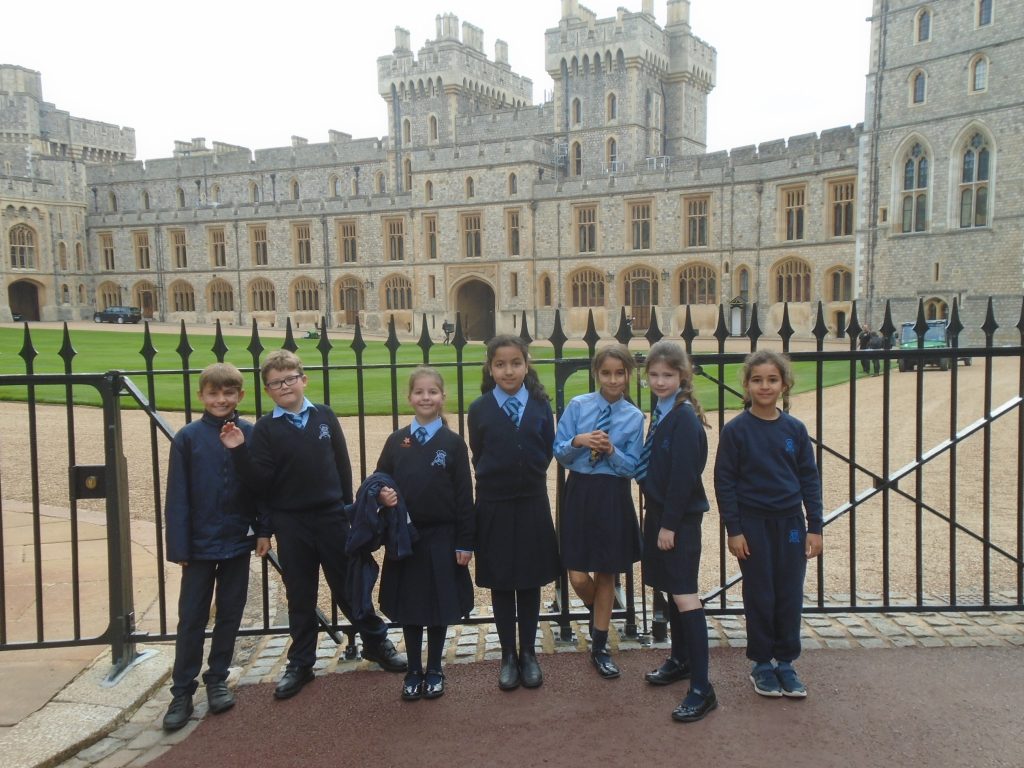 Year 4 was delighted to visit Windsor Castle. When we arrived we had to go through security. It was like being at the airport. We headed up the hill to the castle we saw the Royal Standard flying on top of the tower that meant the queen was there, but we didn’t see her. We entered the grounds through a large iron gate. We pretended to shoot through the arrow holes whilst walking to the castle. We went in to the state apartments, they were very beautiful. There were lots of different rooms with many paintings, lots of gold and elegant chandeliers, there were even secret doors in the paintings. When we were in the Queen’s Drawing Room we saw a huge jade far which if you looked closely had been broken in to hundreds of pieces during the fire at the castle but had been put back together. There were amazing hand embroidered chairs with real gold legs. There were rooms of different colours one was the Crimson Room where nearly everything was red and an Emerald room which was green. There were lots of weapons that the Kings would have used to fight with. We saw Henry VIII suit of armour. It was so big three of us could fit inside it. We went in to a hall and when you looked at the ceiling there were about a thousand crests. After lunch we did a workshop about the changing power of the monarchs. We learnt what an absolute monarch is, like Henry VIII they have lots of power over everything. Our Queen is a constitutional monarch. Some of us tried on a helmet from a real suit of amour and we all dressed up as Henry VIII or one of his wives. After the workshop, we were going to go to see Mary’s dolls house but it was closed, but Sophie our guide said she could sneak us in before the end of the trip so feeling excited we went in the back way and found ourselves in a dark corridor we went through a door and saw the biggest dolls house ever, all the mini-books had been written by real authors and the cars had Rolls Royce engines, there were plants in the garden with a fountain and there were even tiny embroidered duvets. We all had a great day.

This is what we thought:

Anya; the painting I liked the most was the rich man on a horse giving the poor man his coat. I really enjoyed the trip it was fun.

Bethany; The dolls house was so cool because everything was just a mini version of the castle.

Eloise; I really liked it all!

Tom: I really enjoyed the day my favourite thing was dressing up and the dolls house.

Laila; I liked the pictures and the golden colours everywhere.

Jude: It was fun especially seeing all the old weapons.

Roua: My favourite part was everything! I liked going all over the castle and learning loads of things and looking at the pictures.

Forest School
All children are given a unique opportunity to build independence and self esteem exploring in our beautiful woodland.
Explore
Play Video
We use cookies on our website to give you the most relevant experience by remembering your preferences and repeat visits. By clicking “Accept All”, you consent to the use of ALL the cookies. However, you may visit "Cookie Settings" to provide a controlled consent.
Cookie SettingsReject AllAccept All
Manage consent